The Paise, Hexham, Northumberland designed by Newton Architects having already won RIBA, and RICS awards has now been shortlisted in the residential category, for the CIBSE Building Performance Awards 2018. The winners will be announced next February.This is important as this category of award tests the services design in use The CIBSE Building Performance Awards are for buildings that have been monitored for over a year for their energy use (and generation) and user satisfaction. The Paise, which is a large house and swimming pool, 50% conversion and 50% new build, with wind and photovoltaic energy generated on site, has been monitored in detail for nearly three years. The outcome demonstrates the building is performing to its design targets. Its high performance fabric design coupled with its carbon free site energy generation enables the owners to more than compensate for the CO2 they use in the electricity from the mains. It is carbon negative in use over a year. Buildings that achieve awards for design and follow this up with an energy performance that matches the design intent area rare, especially when the owners say:
In our brief, we said that we hoped to have a house that would be environmentally friendly and energy efficient. Neither of us are evangelical about this but it just seemed to be common sense. Newton Architects, by contrast, are far more interested in these areas and I believe that our brief allowed them to pursue their interests on our behalf. What we have ended up with is a house that …..has outperformed the bold targets that were initially projected for it. We wanted a house that would sit quietly in this stunning piece of wild countryside, a place where we could enjoy the magnificent surrounding views to the greatest extent possible, a home where we could experience the weather  extremes without actually feeling them! And that is exactly what we now have. 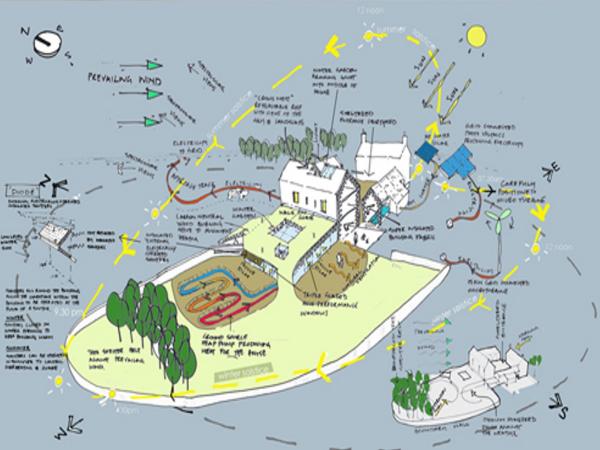 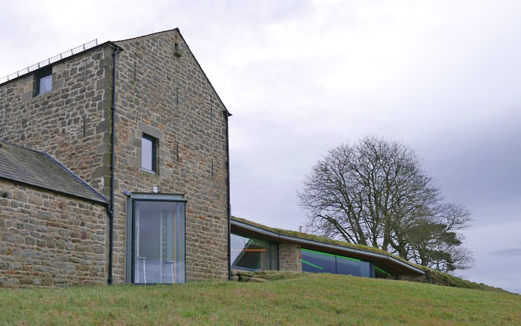 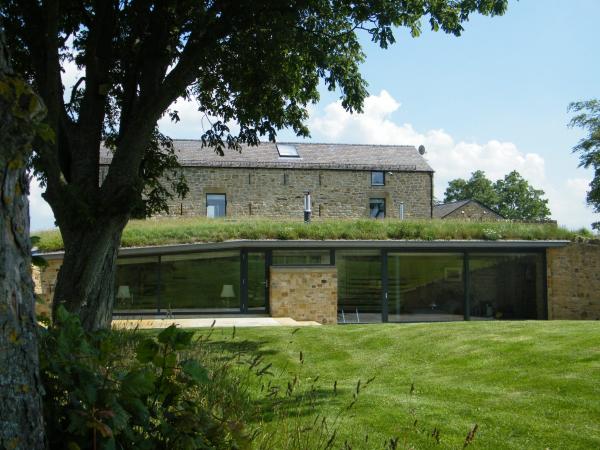 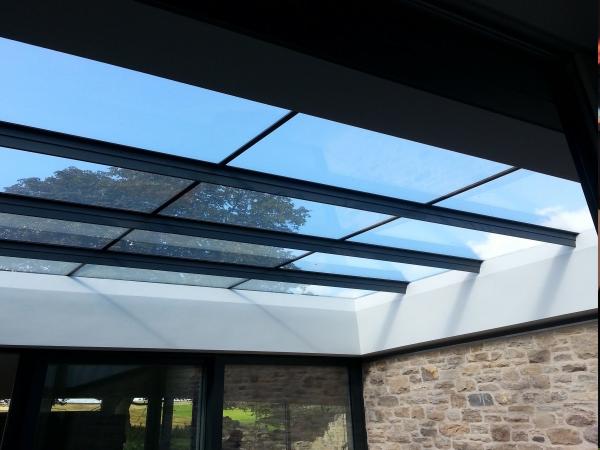